Shutting Down and Catching Up !

Galilee was in her footy pajamas, I was wearing sweat pants (something I haven't done since being pregnant) and ABBA was playing as I stood in the grocery store aisle looking for peanut butter. Leaving the apartment at 10 am in our pajamas didn't seem like a bad idea until I was actually at the store. Then I prayed I wouldn't run into anyone.

I've had a lot of sewing to do. I'm so grateful to pay the bills doing something I love. It does seem that there is a point where something you love can turn into something to fear. Too much of a good thing at once? Seems a trend with my business. It's weird. One day I'm hoping to hear that wonderful cha ching sound my etsy app makes and then another day I'm completely overwhelmed with work. 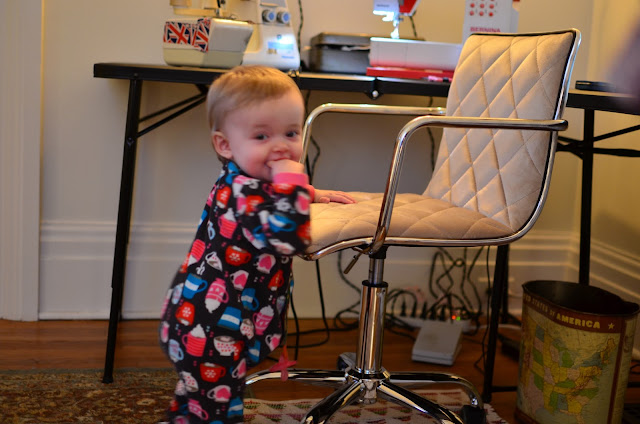 So if you follow me on IG you know how cute my child is but you didn't know she was kicking her legs to the beat of the music in her pjs at the walmart cause mama is too fried to care. You see the pretty dresses but not me waking her up from a nap to load her in the car to make it to the post office because someone is asking where their order is. I've brainstormed about my organization. What could I do differently or better? The problem is I'm always behind.

I hate the turn around time that accompanies my work. As a fellow consumer, I don't know if I'd want to wait that long. Even if the dress is handmade, unique, amazing, affordable, made with love by someone who cares (I'm being a goon now). I get stressed out for you and me. 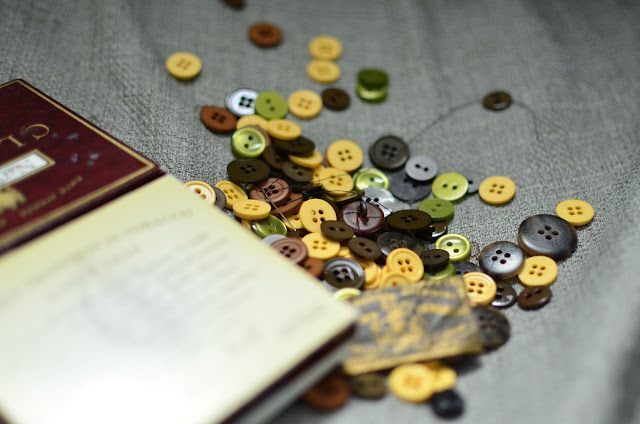 As of this afternoon I'm putting the ol' etsy shop on vacation mode. Isn't that a cute term, btw. It sounds like I'm doing something... different. While in this mode I'll still receive convos and I'll be filling current orders. I have begun a ready made collection and I will talk more about that in the future as I look to move in that direction. It will probably mean I wont be offering customization but it will also mean a dress will ship within 48 hours. Cool, right?

Tomorrow is Monday! I'll start cracking bright and early as usual and you know what? I do look forward to it. Here's hoping everything will work out better than okay. <3 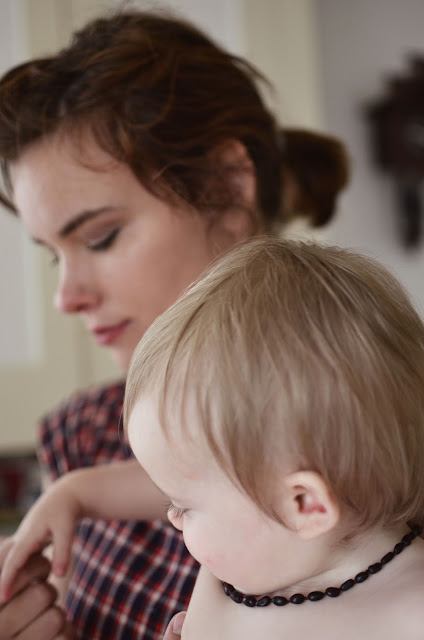 Worst Day of My Life 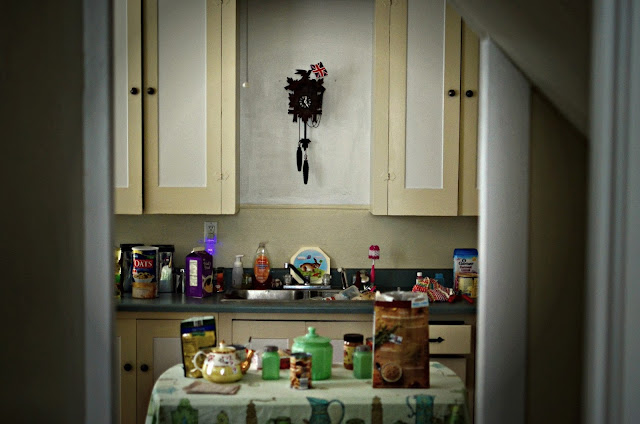 Our home was a bit chaotic in lieu of yesterday's events. It started as a fairly normal day. Galilee woke me up with her chattering a bit earlier than usual. Her crib is right next to my bed. I love being able to wake at all hours and see that she is okay.

We ate breakfast, I sewed a dress while she played and napped. We'd been having a winter weather advisory so I decided to run to the post office and store before the snow began to fall. As always, she was a great sport. She sat in her car seat while I deliberated over jars of baby food at Walmart. I bought some chocolate chips to make cookies when we got home and some yogurt I thought she might like.

It was still mild out when I push the cart to my car. I opened the door to the back seat and  decided to put Galilee in before the grocery bags. When I turned around to reach for her her lips where cast with purple and she was convulsing. I panicked. I began unbuckling her car seat and yelling her name. A woman rushed over to me and immediately called 911. Another woman yelled, "Is everything okay?"  No. No, nothing was okay. I didn't know what was going on. My baby was having a seizure and I had no clue why. Was she breathing? The worst thoughts were crowding my mind and this woman took my baby and held her on her side. Spit flowed from Galilee's mouth onto the woman's red coat. "She's breathing," she said, "your baby is going to be okay." I wanted to believe her. She confirmed that 911 had been called and explained that she use to be a medic.  By then a man, covered in mud, wearing work clothes rushed over. 911 told us to wait inside the main entrance. He took care of my cart and car seat. One of those pop-up tax stations was set up in the front of the store and he walked right in on an appointment and took the empty chair. I sat down. Galilee had stopped convulsing and the woman in the red coat handed her back to me. She still wasn't responsive. The woman explained that she had left her own daughter in the car and had to go. I was sobbing. She gave me a hug and whispered that God had all of this under control. The man said he was going to stay with me until the EMTs  arrived. So the woman who called 911 left. Funny how in other circumstances you'd feel awkward sitting with a stranger but in that moment I was so relieved he was going to stay.

It wasn't long before I was climbing into the back of an ambulance. The paramedics where calm and reassuring but that was their job. My baby was laying on a gurney motionless and stiff. Her reflexes weren't working. She had a temp of 103 and when they hooked up the EKG her heart rate was 210. They decided to put an IV in right then and there. However, the attempt failed when the ambulance came to stop.

After about an hour, a dose of Tylenol, and some IV liquids she was starting to look around. After 5 more attempts to get blood for the lab, a chest x-ray, and urine test she was diagnosed with a respiratory virus going around: RSV. They were surprised she hadn't shown any symptoms. She never coughed, had a runny nose, acted sick or tired. Still, the sudden spike in temperature sent her into a febrile seizure. They tell me that it could happen again in her life if she has a high temp and that she is just one of those children more prone to it. Typically, it is not something to worry about as long as you hold your child on their side so they don't choke and that is doesn't last longer than 5 minutes. If you have a child under 6 years old I'd recommend reading up on it. I wished I'd known about them.

I stayed up most of the night watching her sleep. Grateful she was okay but afraid it would happen again even though I was giving her regular does of Tylenol and Motron.

I wish I could properly thank those beautiful people who rushed to help me in the Walmart parking lot. They will forever have homes in my heart and prayers of blessing from my lips.

Today was a day to rest. The snow didn't really amount to anything. After her doctors appointment we snuggled at home. I made those cookies. She ate that yogurt. 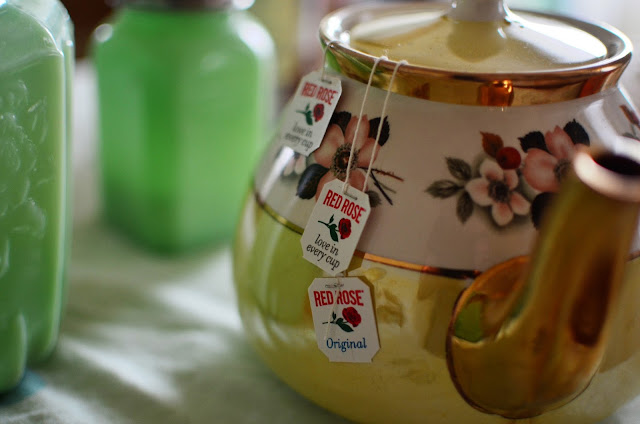 Here I am again. I tend to fall of the blogging wagon every turn of the way. This time I've been avoiding it but... it's time. I need to explain a thing or two or ten.

This summer was so full of wonderful and sad things. If you follow me on Instagram you may have an idea of what I'm talking about. While being a new mom had it's challenges I was ready to do everything to make our lives perfect. The anxiety of having a new born and a business got the better of me. When a friend offered me a job at their coffee shop I thought it would be a great way to get out and rely on a solid paycheck for a change. It worked. It was fun.

As summer faded into fall so did my connection with Steve. I am not going into all of the personal details but one day I found myself packing up Galilee and my things and then a few days later unpacking them in an apartment in a big beautiful house.

It was hard. For the first few weeks Galilee had restless nights where I drove her round and round in my volkswagen. She knew that this wasn't the place we called home for the first 6 months of her life; but soon, I bought a rug. My furniture was delivered. We established a routine.

Separating from your spouse is a nagging pain. If I didn't have Galilee I probably would have crawled into bed for a month. However, we were in a new town and I was a single mom. Without babysitting options I took to Etsy. It felt good. My familiar home. I never completely stopped sewing since faithful customers had been convoing me with special orders all the while.

So, I guess I'm backtracking. I find myself in a warm, creative place surrounded by fabrics and designs I love. Better yet, this time I have my little traveling companion who makes life worth living and dresses worth sewing.

Thank you for all of your patience as I have floundered over the past year. I didn't anticipate the challenges of pregnancy and postpartum and marriage. Life is a funny old thing. Also, THANK YOU to everyone who immediately reached out to tell me how happy they were I was listing dresses again! <3 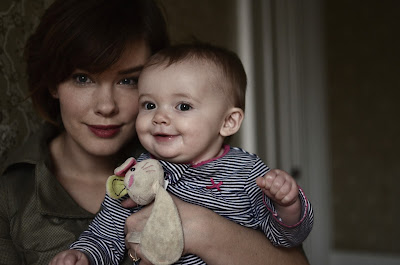